Bosch eBike Systems has just presented its innovations for the next model year, including a new onboard computer, software updates for various drive systems, a function extension for the Bosch Performance Line CX and a new eBike design study. 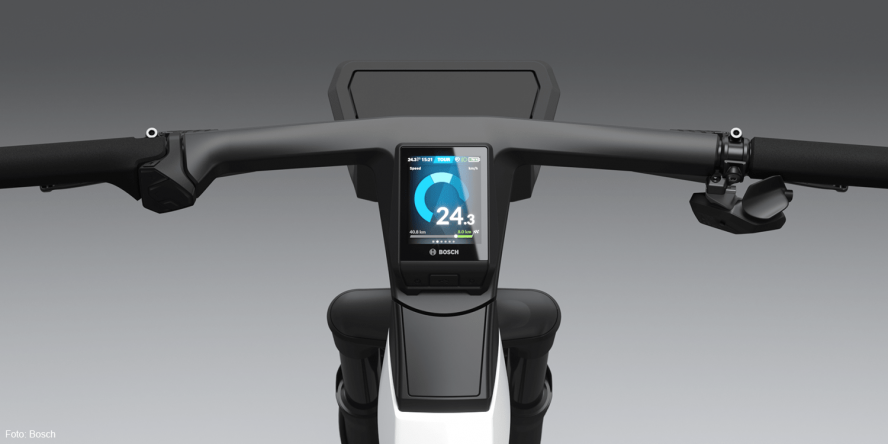 If Bosch has its way, e-bike riding will be noticeably smarter in the future, thanks to the updated Nyon onboard computer that connects with Bosch digital e-bike products. The onboard computer automatically synchronises ride data with the eBike Connect app and the associated online site. During the ride, the Mini-PC can be controlled using a separate control unit. When on the move, the 3.2-inch colour display shows the user the way, provides fitness data and informs the rider how far they can get with the selected assistance under the geographical conditions or when a different mode would favour range.

As a premium function, Bosch also offers the prospect of additional digital protection against theft and promises that other connectivity functions are to follow in the future. The upgraded Nyon will be available for retrofitting from specialist dealers from autumn and is compatible with all drive systems from the model year 2014. 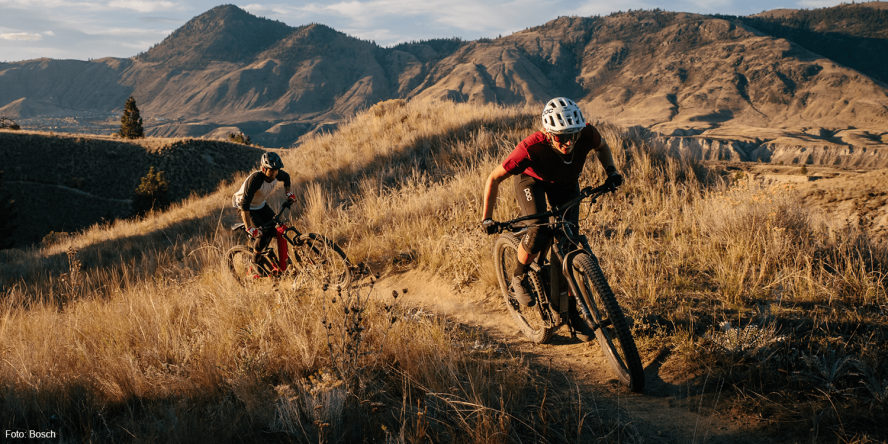 From this summer, software updates for Bosch’s Cargo Line, Cargo Line Speed, Performance Line Speed and Performance Line CX will also be available for the 2021 e-bikes. According to the manufacturer, new features include a maximum torque of 85 Nm and further developed software, which should result in “an even more natural and dynamic driving experience”. According to Bosch, the increased torque provides a plus in performance, which is more noticeable at a low cadence. 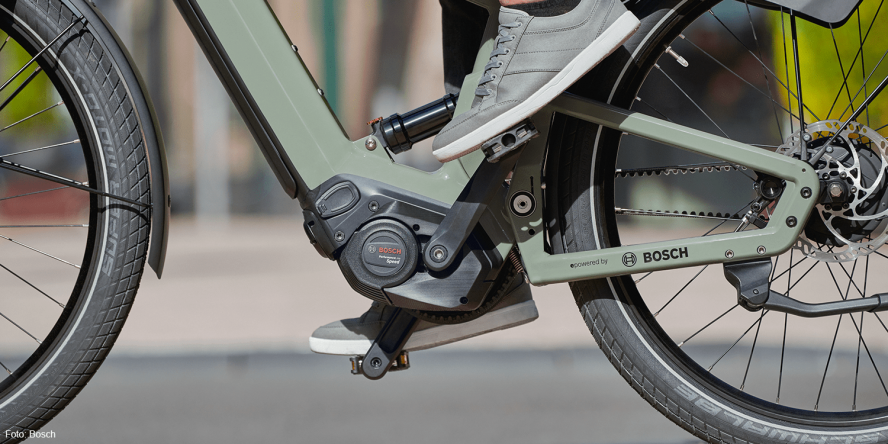 For the Cargo Line and the Cargo Line Speed with support of up to 25 kph and 45 kph (speed pedelec version) respectively, the update should make itself felt, among other things, with easier starts on inclines and faster acceleration with heavy loads. Also in the Performance Line Speed (up to 45 kph), the 85 Nm provide more thrust and more dynamic driving experience. According to Bosch, this applies to all drives, especially to the low pedalling sequences. However, in this case, only users of 2021 model year drives can benefit from the update, retrofitting is not possible. 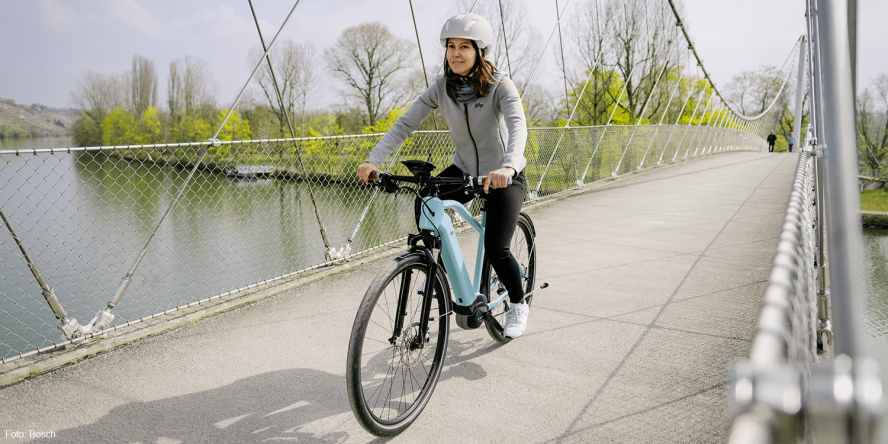 In contrast, the software update for Bosch’s Performance Line CX is even more comprehensive and can be retrofitted from the model year 2020. In addition to the 85 Nm torque, the drive system, which was developed for sporty applications, has several new features that will benefit mountain bikers off-road. These include an Extended Boost, which provides short-term assistance over difficult stretches of road, or the further developed e-mountain bike mode, which is designed to make starting on rough surfaces noticeably more sensitive. The package is supplemented by new sensor and engine control functions that, as Bosch has just announced, “will provide support in the future even more dynamically and naturally in an extended cadence range.” 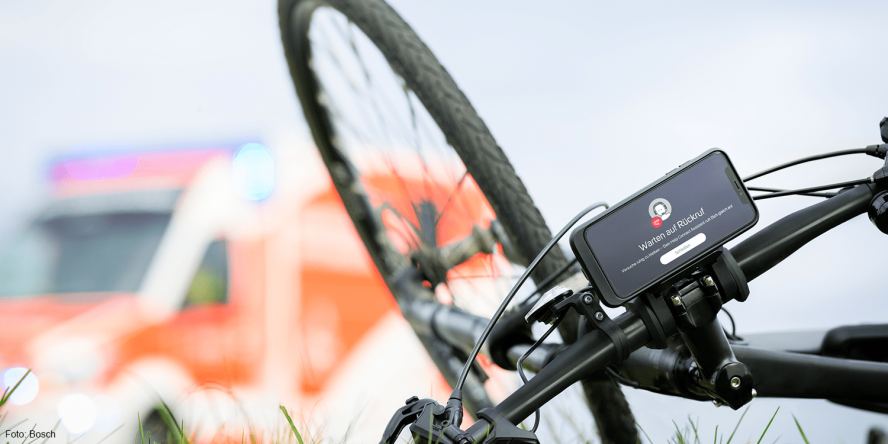 The new product offensive is supposed to give Bosch eBike Systems an aesthetic of the future look of e-bikes. Here, the manufacturer is picking up on the trend toward integrating system components increasingly seamlessly into the bicycle design. With the eBike Design Vision, Bosch wants to set new standards in this respect and provide the impetus for the pedelec design of the future. 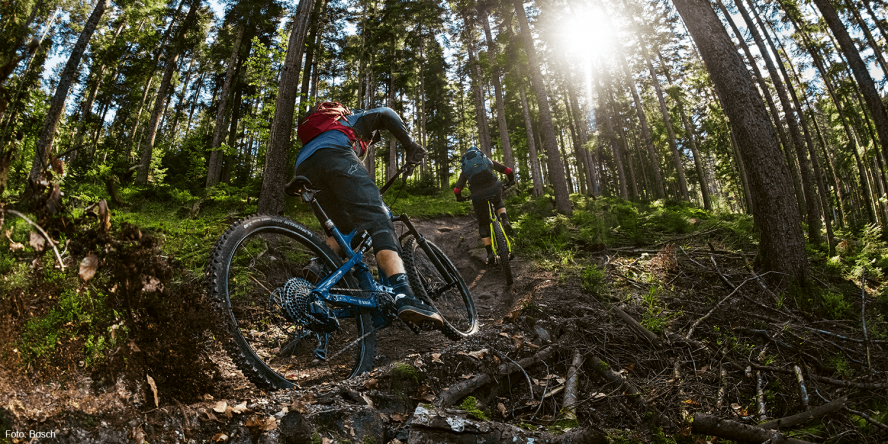 In the sporty urban bike, the drive system merges with the carbon frame and handlebars to form a single unit. Lateral cooling channels in the frame generate the necessary “cooling effect” for the Performance Line CX drive while riding. Bosch’s PowerTube 625 battery is integrated into the down tube and can be removed for charging. The new Nyon onboard computer is embedded in the middle of the handlebars. The control unit of the onboard computer and the two brake levers also form a visual unit with the black handlebars. 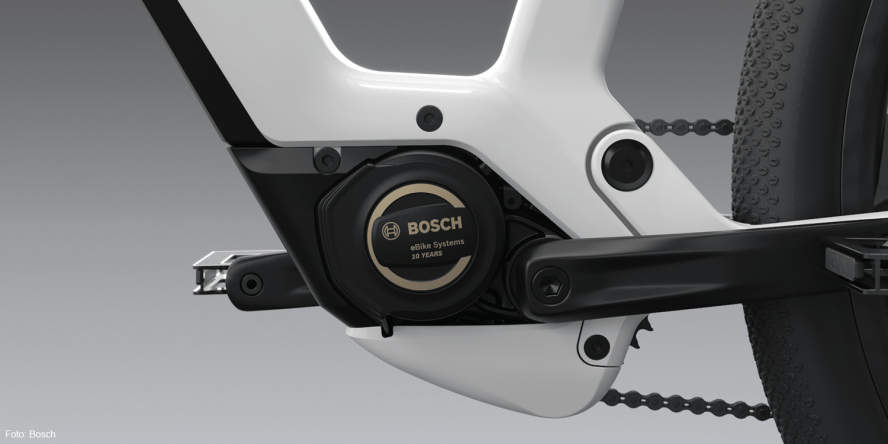 “Our aim in developing the eBike Design Vision is to show what is already possible today when it comes to functional design integration and investigates where the journey might take us in the future”, says Claus Fleischer, CEO of Bosch eBike Systems.
With reporting by Cora Werwitzke
bosch-presse.de