by Anand Jha 1 year ago1 year ago

Ola Electric finally announced key details of its Ola S1 and Ola S1 Pro electric scooters, along with the prices for the company’s first-ever electric scooters. Both scooters are priced at Rs 99,999 and Rs 129,999 respectively (ex-showroom, India). However, in some states, the post FAME-II scheme, the prices are as follows for Ola S1 and Ola S1 Pro- Delhi (Rs 85,099, Rs 110,149), Gujarat (Rs 79,999, Rs 109,999), Maharashtra (Rs 94,996, Rs 124,999), and Rajasthan (Rs 89,968, Rs 119,138). The new Ola electric scooters will come in two variants, and deliveries will start in October 2021, while reservations for the Ola electric scooter are open till September 8, 2021.  It has to be noted that the said figures are for Gujarat where the electric scooter will be sold at the lowest prices. Speaking of the range and the top speed, these are certainly class-leading figures as the S1 Pro can reach a maximum of 115 kmph and is able to deliver a 181 range on a single full charge. The two scooters are open for purchase starting the 8th of September and deliveries will commence in October. In terms of key features, the S1 and S1 Pro electric scooters get bits like voice assistant, in built speakers, cruise control, hill hold assist, touchscreen, and a lot more.

In recent times, several state governments have announced their respective subsidies for electric vehicles. This ensures the Ola electric scooter prices will be cheaper than the announced amount after applying the subsidy benefits of the respective states and the FAME-II scheme that is offered by the central governments.

Gujarat will be the state where Ola Electric S1 and S1 Pro will be most affordable after applying the subsidies under Gujarat EV policy and FAME-II scheme as well. The S1 will be available at ₹79,999 in the state, while the S1 Pro will be priced at ₹109,999.

Reservations for the electric scooter were opened on July 15 for a token amount of Rs 499. According to Ola Electric, it received a record-breaking 1 lakh reservations in the first 24 hours. Interested buyers can still reserve their scooter on the website by paying a refundable deposit of Rs 499. This way customers will be getting a priority doorstep delivery of the electric scooter.

At the launch of the Ola Electric scooter, Bhavish Aggarwal, Founder and Group CEO, Ola group of companies said, instead of importing IP into India, build and make the technology in India.We have ourselves filed for IPs in some of the technology we have built, and I am a co-author of those pending patents. The idea is to make in India for the world. Now the question is, can everyone from the world also come and make in India, and actually build in India and not just import the technology,” asked Bhavish.

The Ola S1 and S1 Pro electric scooters have exceeded expectations in multiple areas and not only these are loaded with features up to the brim, but the performance and range figures are also pleasing. Here are the detailed specs. 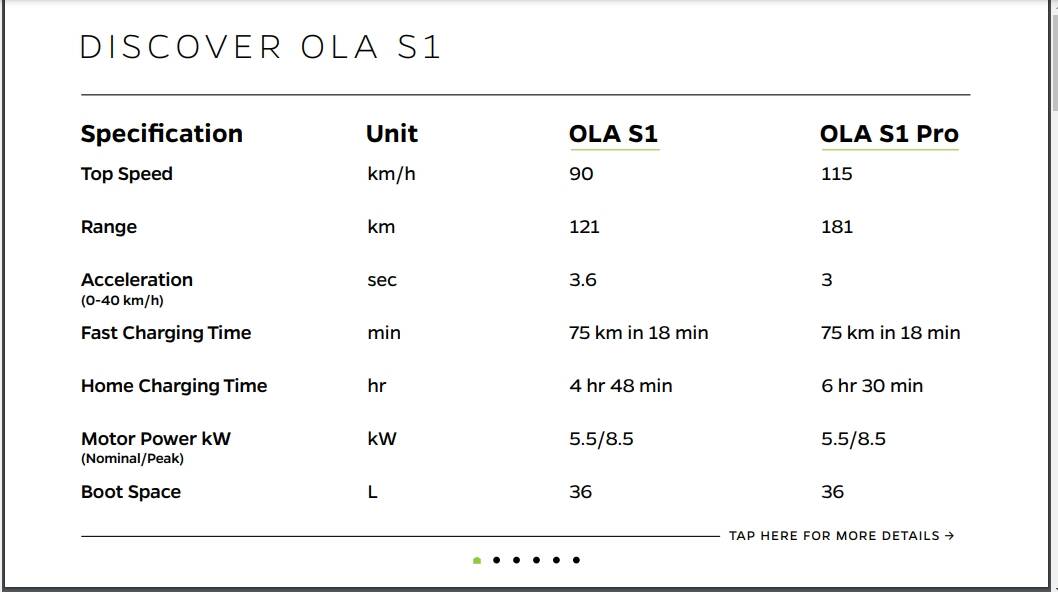 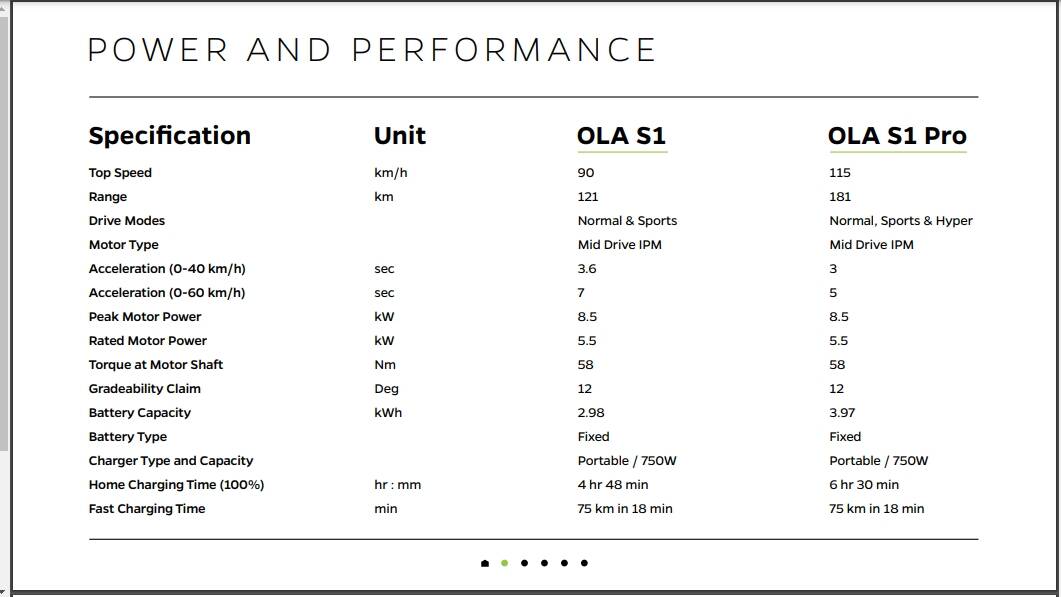 The features are clearly the best among competition!

The Ola S1 and S1 Pro electric scooters get the best-in-segment features and the list is certainly an extensive one. Take a look! 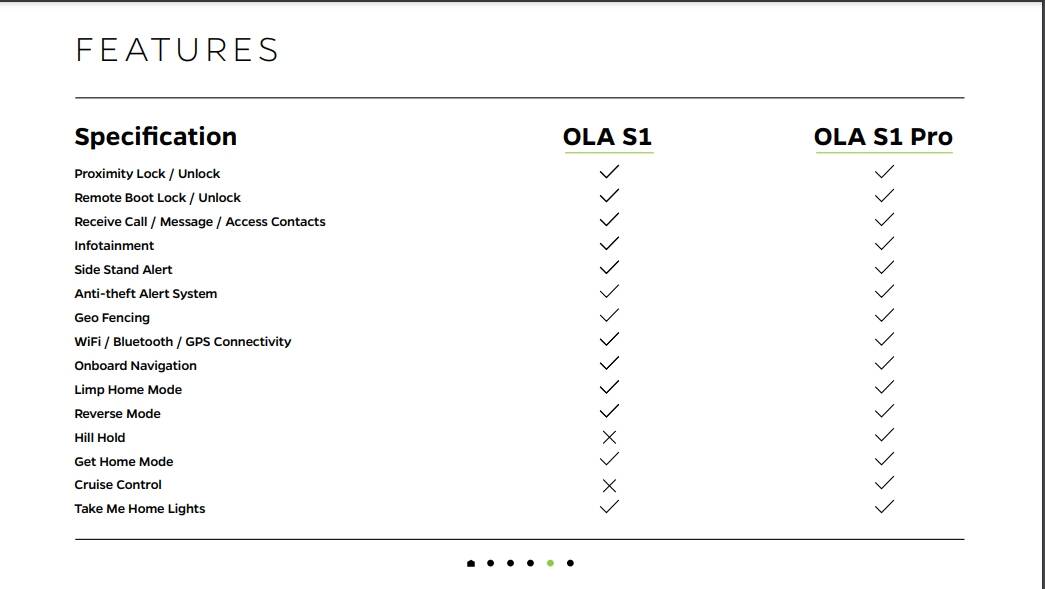